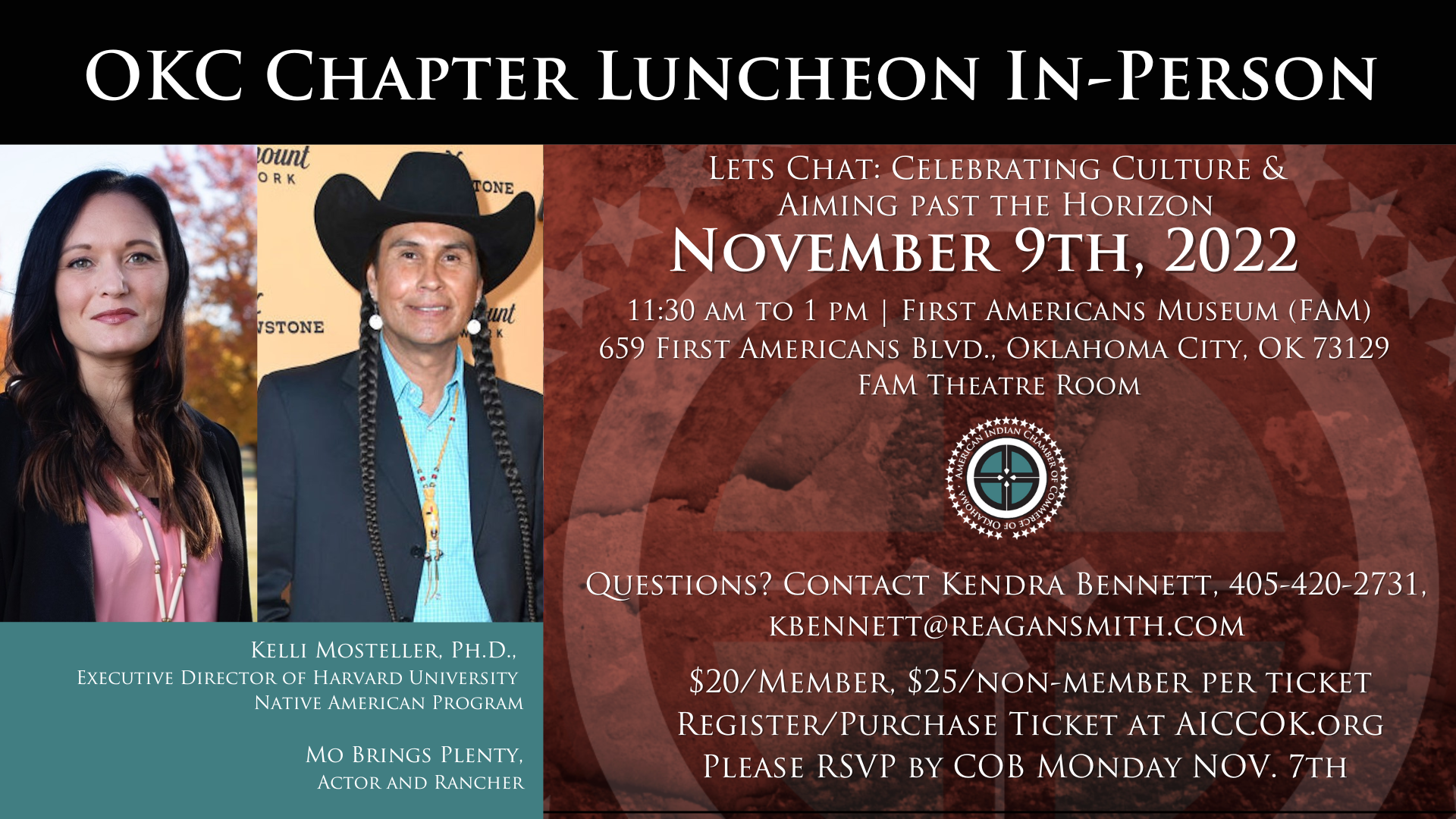 Dr. Kelli Mosteller has served as the Executive Director of the Harvard University Native
American Program since the summer of 2022. In her role, she works with Harvard students, faculty,
staff, and the public toward the mission of supporting programming that fosters education,

scholarship, and builds community, and collaborative efforts that advance research and the well-
being of Indigenous communities.

Before her time at Harvard, she was the Executive Director for the Citizen Potawatomi
Nation Cultural Heritage Center (CHC) from 2010 to 2022. During her tenure, she oversaw the
tribe’s cultural services including a museum, cultural classes and programming, tribal archives, and
historic preservation. She also led her team in a multi-year renovation of the CHC’s exhibits,
resulting in the museum’s recognition as a Top Ten Native Cultural Center in the U.S. by the
Association of Tribal Archives, Libraries, and Museums in 2020.
As a tribal citizen, her most cherished role over the years has been as a mentor for Citizen
Potawatomi youth, facilitator of women’s ceremonies, and auntie to the eagles at the CPN Eagle
Aviary.

Mo Brings Plenty is an enrolled Lakota who hails from the Pine Ridge Indian Reservation. His
traditional name — given to him as a young boy — is Ta Sunke Wospapi (“catches his
horse”); it befits a man who spends more time on his horses than anywhere else. As a
Makes Room on his mother’s side and a Brings Plenty on his father&#39;s, he is the stock of his
grandfathers who fought at the Battle at Little Big Horn. Those familiar with the battle will
know the strengths of those names and understand why Mo sees the world through the lens
of the forces and sacrifices his family and ancestors made so that he could be here today.
His relatives long passed are an intrinsic part of everything he does: every decision he
makes and everywhere he goes.
As an actor, Mo is best known in his self-titled role as “Mo Brings Plenty” Chief Thomas
Rainwater’s enforcer on the Taylor Sheridan/ViacomCBS record-breaking juggernaut series
Yellowstone. Moviegoers can now catch him playing “Shep Wauneka” in the newly released
Jurassic World Dominion (2022) and as “Ottawa Jones” in Showtime’s Peabody award-
winning limited series The Good Lord Bird (2021). He has played “Crazy Horse” & “Sitting
Bull” and many other historical Indian notables who have solidified their place in this
Country’s history. And he has spent a fair amount of time in the biopic world twice
portraying Charlie Soap — the husband of the first woman elected Chief of the Cherokee
Nation, the late Wilma Mankiller– in The Cherokee Word for Water and Gloria Steinem’s The
Glorias, respectively.

Mo Brings Plenty is an actor, horse stunt rider, rancher, and American Indian storyline
consultant. But above all, he is a man who wholeheartedly believes in human kindness, and
he trusts the good in humanity still exists and feels it just needs to be dusted off a bit. Out
of respect and honor for those who have come before us, Mo knows we have a profound
obligation to leave a livable planet for those who will follow after we are gone, and he starts
and ends every day, with thoughts of how he and we can make the world a better place
while we are here.

When Mo isn’t working as an actor, he can be found ranching or seeking ways to give back
to his Lakota communities and Indian Country — ways that include preserving culture,
tradition and seeking cultural truth in diversity.
– IMDb Mini Biography By: Michelle Shining Elk